Ethics of Lust: What Legally Constitutes “Gay” – Part I

Posted on February 18, 2012 by Queerie Bradshaw

Note: This is Part I of this post. I wrote it awhile ago to go up today. Then I attended IvyQ this weekend where we discussed in my panel “Ethics of Lust” and in the keynote speech this exact issue and now I have more to say. But I’m still going with what I wrote last week, because it has merit, but will also add an addendum with wonderful new information in post II, which will go up next week.

My upcoming high school reunion has me over-thinking the past 10 years of my life and – because it’s such an integral part of my identity – I’ve found myself especially fascinated with trying to figure out when, exactly, I become “a gay.”

Sure, I’d come out as bisexual at age 12 when I realized I liked boobs the same way my guy pals liked them, but when I moved to college in 2001 at age 18 I’d only briefly kissed a girl and didn’t even like it. I had, however, slept with multiple men, usually out in the country parked in a Ford on some ditchbank, never really satisfying my sexual curiosity. I knew I was some kind of gay, but somehow the validity of it was lost on me – and my family and friends – because I had never dated or even slept with a woman. Does only saying you would sleep with girls really even count as being “out”? Did that mean I wasn’t gay yet? Was I gay even before I realized I liked boobs? Was this picture of me as a child proof enough of my gayness? 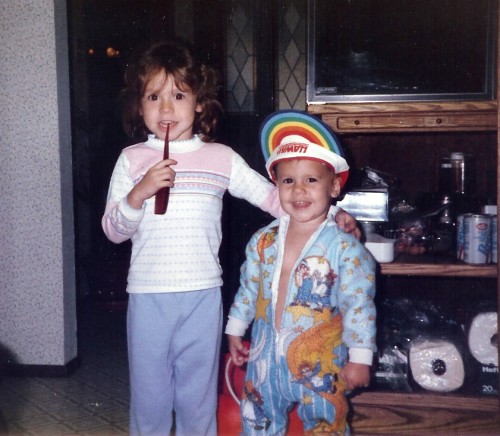 If it's not obvious, I'm on the right.

Because the social and psychological answer to these questions are so complex, I thought I’d delve into the law to try to find something more concrete, but it turns out, the law is just as wishy-washy and confused on what makes someone “gay” as the rest of society is.

Unlike the “drop of colored blood in you” rule used by judges for determining whether you were black or white back in the days of segregation, gays don’t have a standard by which they’re legally “classified.” Because of this, “gay” is often used to describe anyone and everyone who is any type of sexual or gender minority, which is probably why our LGBT acronym has become LGBTQIIAQLMNOP. It’s also why we’re such a hard class to legally define.

Via Pride in Art Cafe Press

Unfortunately, as the laws and courts are set now, a specifically defined class is a necessity for legal protection against discrimination. The Supreme Court of the United States has set a standard of “strict scrutiny” for laws that discriminate against a “suspect class”and to be a suspect class, the class must be definable as a group based on “obvious, immutable, or distinguishing characteristics” (it must also have experienced a history of discrimination, be a “politically powerless” minority and its characteristics must have little relationship to the government’s policy aims or the ability of the group’s members to contribute to society, which means it can’t be a group of murderers or thieves).

Because strict scrutiny is the best kind of legal protection available in the United States, “gays” as a group need to be defined. The problem is, how? Even if we use the more encompassing term “queer” we’re still faced with the same issue: What makes someone a part of the group?

For example, does having dated Jenny Shimizu make Angelina Jolie part of this potentially protected class? 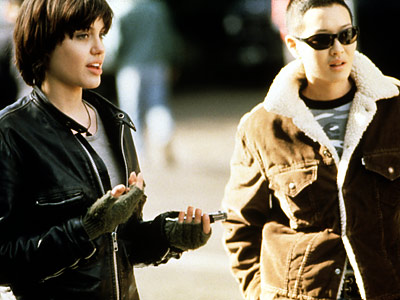 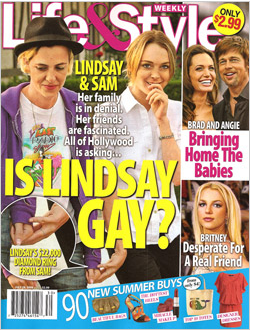 I’m obviously not the only person who has ever asked this question and, in the age of Prop 8 style high-profile cases, I’m far from the last person who will ask it. Theorist David Halperin’s book Saint Foucault: Towards a Gay Hagiography argues that queer politics should be encompassing and include “anyone who is or who feels marginalized because of her or his [or zir or their] sexual practices: it could include some [opposite-sex] married couples without children, for example, or even … some married couples with children.” 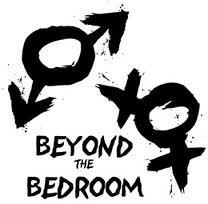 While I’m for including all non-heteronormative people in our queer protected class, unfortunately this inclusive of a class undermines its legal standing as a minority. Additionally, if we include any sexual minority, must we include those less favored minorities such as pedophiles? Some may point out – arguably correctly – that pedophilia is not a sexual minority but the illegal crime of having a sexual desire towards prepubescent children, however, I must point out that until recently, homosexuality was the illegal crime of having a sexual desire towards someone of the opposite sex. I point this out not to support pedophilia in any way, but to show that if we legally have a David Halperin style protection of all who are marginalized for their sexual preferences, we may encompass more people than we want.

So, again, I ask where do you draw the line on who is included and who is not? What are our “obvious, immutable, or distinguishing characteristics?”

Many gay organizations in the past have disassociated themselves from other minorities in an attempt to gain access to civil rights. In November of 2007, the HRC – in a move it’s apologized and paid for ever since – supported an Employment Non-discrimination Act that included solely gay, lesbian and bisexual individuals, leaving out many of its constituents, most notably transgendered and transexual persons. If trans people are technically a gender identity minority, not a sexual minority, and have their own separate issues, should they be included in this protected class?

Before you, like me, quickly shout yes, I should point out that trans struggles and “gay” struggles are not often legally the same. For example, fully and legally transitioned people in opposite sex relationships gain the privilege of heterosexual couples, while queer opposite-sex couples still can’t marry. On the same note, gender conforming “gays” don’t have to go through the scary and complex process of changing their whole legal identity as those who transition do. With often different legal obstacles, should we always be categorized in the same legal group? 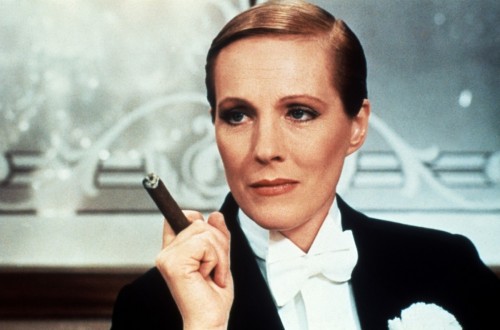 Similar questions can be asked of bisexuals. If a woman is married to a cis-gendered man but identifies as a lesbian, is her legal class the same as a woman in partnership with another woman? What if she has a girlfriend? Or if her husband has a boyfriend? 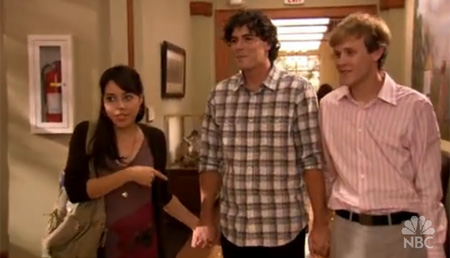 Freud believed that gays and lesbians merely occupy one locale on a sexual continuum from heterosexual at one end to homosexual at the other. Kinsey further theorized that sexuality ranged on a scale from 1 to 6, with very few people being a “pure” 1 or 6. With these theories, there are essentially no different sexualities, just different locations on the same spectrum of sexual pleasure and experiences. In that way, is having sex enough to make you a part of our protected class? What about asexuals?

I think the answer is going to be in the plight itself. To gain suspect classification as a group, the group has to first and foremost face discrimination. For fear of sounding too simple, especially taking into consideration all the complex questions I’ve asked above, I’d like to propose that, until we no longer face it, we band together based on that discrimination. This does not mean we can’t ban together on separate terms as well – including under identities completely separate from our sexual ones – but as long as someone faces unjust or prejudicial treatment based on who they do or do not sleep with, partner with or love, I’m going to let them in my suspect class and protect them.

Now if only the law would do the same.

This conclusion of mine makes me sad, though, because it assumes that the first time I was really “a gay” was the first time I was taunted, tormented or treated differently because of liking girls, which is a sad state of affairs. It assumes that someone must be hurt before they are protected, which is what the law requires but isn’t necessarily what society needs, especially in a time of rising teen suicides.

So, as cheesy as it sounds, I say we screw the law, and include everyone, whether they’ve been hurt or not, into our group, including little queer farmers daughters like me who occasionally ride in cars with boys.

Lauren Marie Fleming is a writer, speaker and motivator known for her intimate, informative and often hilarious look at sex, relationships and body-image. Lauren runs the critically-acclaimed QueerieBradshaw.com blog, writes for major news sources including VICE, Nerve, Huffington Post and Curve, and is the author of her memoir Losing It: My Life as a Sex Blogger. In 2013, Lauren founded Frisky Feminist Press (FriskyFeminist.com) as a way to enhance conversations about sexuality through educational guides, online classes and entertaining publications. A law school graduate, Lauren has spoken all over the United States and is internationally recognized for her dynamic, engaging style. In everything she does, Lauren’s goal is to educate, remove stigmas and encourage people to achieve their desires.
View all posts by Queerie Bradshaw →
This entry was posted in Ethics of Lust, Featured and tagged definition, gay, legal. Bookmark the permalink.