I’ve been only somewhat following this whole Sandra Fluke and Rush Limbaugh debate mostly because it’s been all over the media. But in yesterday’s report, I couldn’t stop laughing at Limbaugh’s pathetic statement regarding many of the sponsors of his radio show dropping because of his attack on Sandra Fluke. This poor idiot can’t seem to get his dirty foot out of his mouth. Who knows? Maybe he likes the taste of it. After all, this isn’t the first time he’s had it in there. 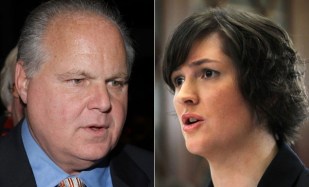 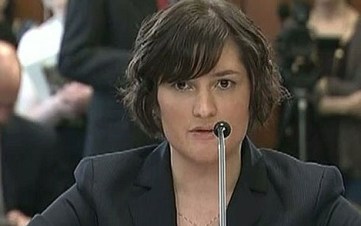 As someone who was diagnosed with polycystic ovarian syndrome (PCO) at the age of 19, I understand what Sandra Fluke is trying to do. Fluke is fighting for all insurance companies to fully cover expenses for contraceptives as it aids in other diseases other than to prevent unwanted pregnancies. Despite the fact that she attends Georgetown University, a Catholic school, Fluke’s statements were viewed as a direct threat to Catholic-affiliated organizations like hospitals and universities who oppose birth control because of their conservative belief in the “natural law,” and subsequent refusal to provide it in their health insurance plans.

It’s hard to admit this because I rarely talk about it, but one of Flukes arguments strongly relates to me. Every doctor I’ve had over the past nine years has asked me if I would like a prescription of birth control to aid with my PCO.  Birth control helps regulate a normal menstrual cycle, helps with acne, hair loss and other symptoms many women experience. I’ve always refused a prescription because I’m always trying to be as holistic as I can be and only take medication when necessary. And in return, I’ve suffered the side effects of easy weight gain, benign cysts covering my ovaries and heavy irregular menstrual cycles that often make me feel like a burden to my friends because I’m afraid I’ll stain myself whenever we go out. Because of this, I often miss out and stay home instead.

But imagine if I would have needed to take birth control to help with my PCO these past nine years. Imagine how much money I would have needed to spend treating something with birth control pills that I absolutely had no control over and was literally passed down to me because it is hereditary.  Fortunately, I never considered my symptoms to be too extreme so I always rejected the prescription. This is how I chose to deal with it. But reading testimony after testimony on how painful PCO can be for others, the benefit of insurance companies fully covering birth control to aid in their treatment is a strong argument for Fluke’s case.

However, in learning how much generic birth control pills cost without insurance coverage, I’m not sure if I fully support Fluke as I don’t believe $9 to $15 a month would be such a burden on women. The cost of these pills over a long period of time would definitely add up; however, women aren’t buying in bulk making a huge dent in their wallets. Maybe if there were certain circumstance where birth control aids women with PCO and they would be the ones to be fully covered by insurance companies after clearance of their diagnosis. Maybe then I would fully agree for insurance companies to provide the free birth control pills. But that may be too far fetched for our current political system.

I think it’s honorable what Fluke is doing and it takes courage to go through everything she’s been through. Especially the “slut” and “prostitute” bashing she got from conservative political commentator and radio talk show host Rush Limbaugh. Once hearing of Fluke’s case, Limbaugh lashed out on his radio show quoted as saying, “What does it say about the college co-ed Fluke, who goes before a congressional committee and essentially says she must be paid to have sex? What does that make her? It makes her a slut, right? It makes her a prostitute. She wants to be paid to have sex. She’s having so much sex she can’t afford the contraception.” 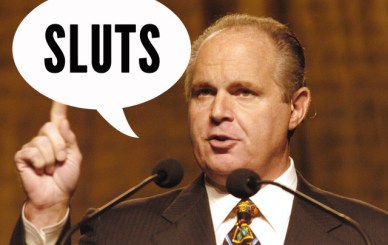 While Limbaugh’s child-tantrum-like rant about Fluke was completely out of line and offensive, it makes me wonder about a few things. Correct me if I’m wrong, but don’t some insurance companies cover erectile dysfunction pills like Viagra or Cialis? Even if you take out the whole religious aspect of Fluke’s case, wouldn’t it be fair to equally provide coverage to sexually-related medication to women as it does for men? And, people like Limbaugh are against abortions. Wouldn’t free contraception to women benefit his argument for being against it? He should be thrilled that this could possibly lower the numbers of abortions performed each year.

Limbaugh’s statement of Fluke received a huge negative reaction from sponsors of his radio show. Sponsors began dropping from single digits to the double. His “so-called” apology to Fluke wasn’t good enough to reverse the damage he had caused and it was only after sponsors began dropping out of his radio show that he actually “apologized.” But it wasn’t enough. Over 40 sponsors have dropped and that number could still be rising. 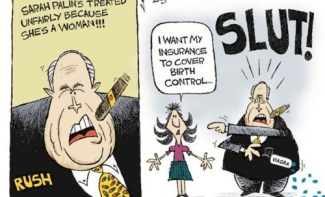 Being the arrogant jack-ass that Limbaugh is, he denies the backing out of sponsors is financially hurting his radio show. He compares losing his sponsors to that of a few fries left at the bottom of a fast-food drive-thru paper bag stating that “you don’t even notice it” because you still have the rest of the container of fries. But I’m pretty sure this fucker still reaches down to the bottom of the bag to eat those fries. Keep testing them, Limbaugh. And soon you’ll be wondering where the hell your fries went.

This entry was posted in Featured, Feminism, Health, Off Our Chests, Politics and tagged feminism, Rush Limbaugh, Sandra Fluke. Bookmark the permalink.

One Response to Feminist Politics: Fluke vs. Limbaugh