Grief Makes Me Want to Drink Booze, Have Sex and Destroy Shit

Posted on November 19, 2012 by Queerie Bradshaw

It’s been two weeks since my brother died and all I want to do is get drunk, fuck someone and shoot something.

In that (dangerous) order.

As tumors took over my brother’s body, lethargy took over mine. My sex drive disintegrated with his face, was surgically removed with his tumors, poisoned by his chemotherapy. By the time they took off his jaw, there was nothing left of my sexual self but a hollow hole I had no desire to fill.

Well, sex and booze. And a gun. 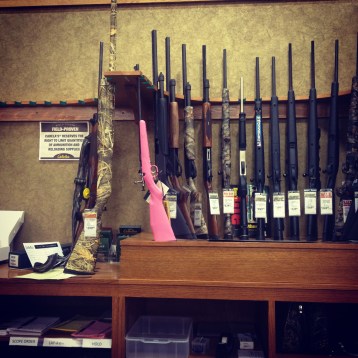 This little pink one should do just fine. 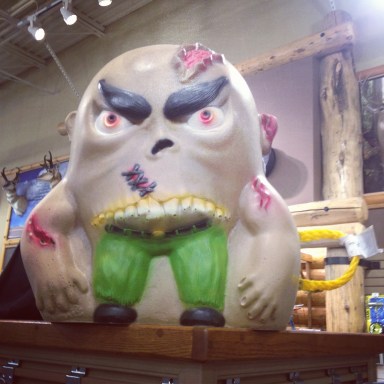 Is it eating the pants or wearing them?

I don’t know what this thing is – I saw it once in a sporting goods store and took a photo as a joke – but I want to fill it with bullets then smash it in with a 2×4. I might even name it before I obliterate it, give it a persona to demolish.

There is solace to be found in self-inflicted destruction, a companion to my devastation, something I created and control. But there’s more to my desires than simple demolition. After 18 months of fear-induced numbness, I want to feel something, I want to feel everything.

I want to feel the burn of bourbon trickling down my throat and the tingling of limbs as it settles into my stomach.

I want to feel a gun vibrating between my hands as I empty a round, the shot of pain in my shoulder as I brace for the kick-back.

I want to feel the warmth of a naked body next to mine, the thud of hearts beating faster, the stickiness of fluids.

Because as much as I want to demolish things, I also want to go back to building my life into one I love living. Too much of my psychological self was put on hold waiting for the moment that happened two weeks ago today, the time I hoped would never arrive but knew was inevitable.

My brother bled out in my mother’s arms as I frantically called ambulances, doctors, family members, begging them to hurry to our home, to save him, to save us. I held his hand as they pronounced him dead, his fight finally over. I told him repeatedly just how much he was loved as they closed his eyes, removed his trache tube and rolled him away from us forever.

The thing I feared since the day he was diagnosed with a horribly agressive cancer, the monster of my nightmares, has come and gone and now we all are free from it.

Free to get drunk. Free to fuck. Free to shoot a gun. Free to eat food and drink water, free to go on a vacation, free to make plans, free to do all the things we quit doing in solidarity, things we gladly gave up to be with him. Things he loved to do, things he’d want us to keep doing. 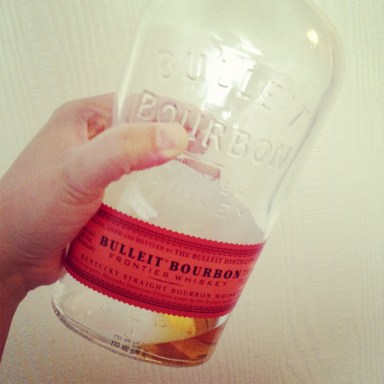 I’m going to break down and rebuild. I’m going to demolish, annihilate, wreck. In a good way. In a completely healthy, normal, productive way.

I’m going to heal, in every way I can think of, in whatever way works.

Lauren Marie Fleming is a writer, speaker and motivator known for her intimate, informative and often hilarious look at sex, relationships and body-image. Lauren runs the critically-acclaimed QueerieBradshaw.com blog, writes for major news sources including VICE, Nerve, Huffington Post and Curve, and is the author of her memoir Losing It: My Life as a Sex Blogger. In 2013, Lauren founded Frisky Feminist Press (FriskyFeminist.com) as a way to enhance conversations about sexuality through educational guides, online classes and entertaining publications. A law school graduate, Lauren has spoken all over the United States and is internationally recognized for her dynamic, engaging style. In everything she does, Lauren’s goal is to educate, remove stigmas and encourage people to achieve their desires.
View all posts by Queerie Bradshaw →
This entry was posted in Essays, Featured, Headline, Off Our Chests and tagged cancer, fuck cancer, grief, Sex. Bookmark the permalink.

16 Responses to Grief Makes Me Want to Drink Booze, Have Sex and Destroy Shit