Posted on February 14, 2012 by Queerie Bradshaw 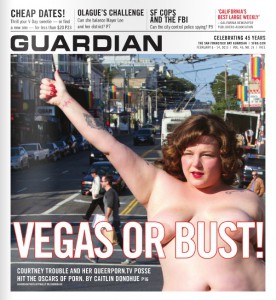 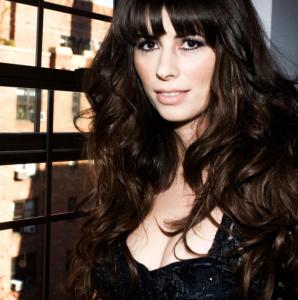 So why the attack on Lumpkin?

I highly disagree with this implication.

Whichever one gets you off. 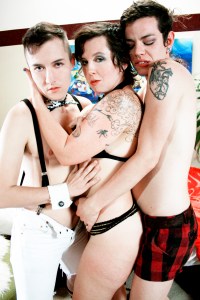 A scenario that, according to her comments on the article, left Lumpkin feeling misrepresented, hurt and ostracized.

Donahue even ends her second article on the subject with “So let’s get back on the awesome train, shall we?” – a comment I find interesting considering she’s the one who first decided who did and did not belong on that awesome train to begin with.

As a journalist, I understand that Donahue has to judge the various people and things about which she writes, but I ask her – and all other reporters – to remember that it is possible to distinguish between two things without being hurtful, malicious and unkind.

In a time when being anti-gay is a legitimate political platform, we really can’t afford to attack someone in our own community for not being gay/queer enough, or even for being “mainstream”. I’m not saying I need everyone to hold hands, sing cumbayá and fuck, I just want us to stop purposely and consciously dividing our community.

Lauren Marie Fleming is a writer, speaker and motivator known for her intimate, informative and often hilarious look at sex, relationships and body-image. Lauren runs the critically-acclaimed QueerieBradshaw.com blog, writes for major news sources including VICE, Nerve, Huffington Post and Curve, and is the author of her memoir Losing It: My Life as a Sex Blogger. In 2013, Lauren founded Frisky Feminist Press (FriskyFeminist.com) as a way to enhance conversations about sexuality through educational guides, online classes and entertaining publications. A law school graduate, Lauren has spoken all over the United States and is internationally recognized for her dynamic, engaging style. In everything she does, Lauren’s goal is to educate, remove stigmas and encourage people to achieve their desires.
View all posts by Queerie Bradshaw →
This entry was posted in Headline, LGBT/Queer Politics, Off Our Chests, Opinions, Politics, Rants and tagged lesbian, porn, queer. Bookmark the permalink.