Manifesting People Into Your Life, a.k.a. I’m Trying the Relationship Thing Again

Posted on September 5, 2013 by Queerie Bradshaw

“You know you’re in love when you can’t fall asleep because reality is finally better than your dreams.”

My therapist calls me the “Great Manifestor.” It’s probably more accurate to call me the “Stubbornator.” Or “Determinedator.” Or “that persistent bitch who won’t stop even when everyone else is tired of hearing her talk about how badly she wants it.”

Whatever the title or reason – manifestation, determination, persistent nagging – I tend to attract people and things in my life that I need. Not in an “oh em gee daddy, I neeeeeeeeeeed a pony” kind of way, but need in that it enriches my soul and helps me grow as a person.

My grandmother listened a lot to a man named Lazaris. Well technically that’s not his name, but the name of the entity he becomes when he is a median that can channel the spiritual realm. Lazaris emphasizes the theory that your soul comes into this world having preset a certain amount of obstacles and encounters for you, all of which are meant to enrich your knowledge and lead you towards enlightenment. These concepts are not new ones, they’re seen often in various religions throughout the world, especially those that believe in reincarnation. 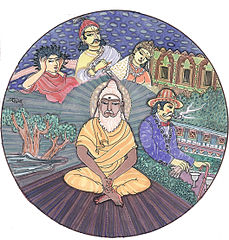 Lazaris once pulled my grandmother out of a crowd and told her that my father had cancer because his soul needed to bring his family closer together. Three cancer battles in my family later and I see my sister daily, my parents weekly, my cousins as often as possible and have no idea how I would have survived my brother’s death without such a tight-knit family.

Did my dad’s soul’s search for an intimate family make all of this happen? I don’t know. If so, screw it for bringing such pain on my family.

– From “Galileo” by Indigo Girls

But also, as horribly tragic these past years have been, I am extremely grateful for the depth it has given me as a person, and the intense connection it has created between me and many now extremely important people in my life.

One of those people is Alex. 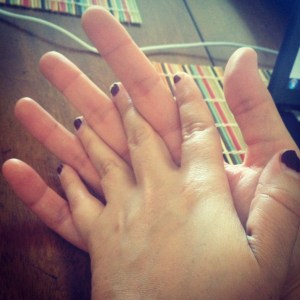 About a week after my brother died, I got a message on an online dating site from someone offering her condolences and support. She had read my blog post about his death and felt a loss for my brother even though she had never met either of us.

There was something in the message’s simplicity that struck me as genuine, sent from a place of knowledge, from someone who knew that, in times like these, less is better.

I wrote a very short thank you back.

About two months later, I heard from her again, this time checking in, saying hi. Again it was simple, polite. Maybe that was why I had no pretenses, or maybe it was because I had no fucks left to give, but I responded that I was currently watching and waiting for my grandfather to die.

She responded offering to drive and take me for a beer. 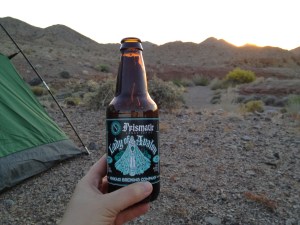 On our first official date we bonded over our love of good beer and camping in the desert.

Alex is no stranger to grief.

At first we were both afraid that was our only connection, but soon our stories were unraveled and each of us laid out wants, desires, wishes and pleasures so similarly synced it felt like the world had created us to be together. 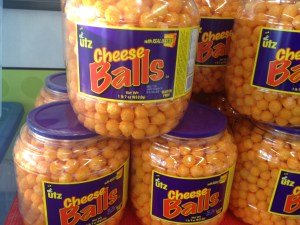 Just to warn ya, I’m layin’ on the cheese balls in this post. Hope you’re hungry.

I believe in soul mates. I believe there are people who were sent into your life to teach you something, push you forward on your path, aid you in your journey. I do not pretend to understand where they come from or who sent them, but one thing I know is how they make me feel, which is complete, like a hole was filled I didn’t know existed.

“For Good” from Wicked

I’d say Alex fills my holes, but then I’d chuckle like a teenage boy for a good week and never finish this post. Instead, I’ll say that Alex’s presence in my life feels right. 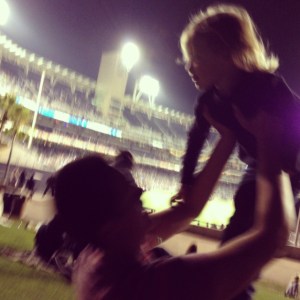 She even loves my nieces and nephews and they love her back.

For the first time ever, I’m dating someone I don’t want to change.

That is huge people. 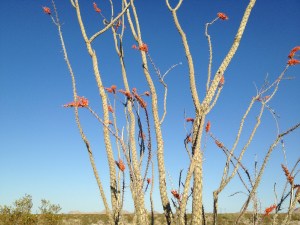 I’m blooming. (Photo from our first date of our mutual favorite desert plant, the ocotillo.)

What’s even more wonderful is that she doesn’t feel she needs to change me.

She adores me for me and I adore her for her and we both really needed that kind of love in our lives.

Everyone needs that kind of love in their life.

He thinks I’m pretty, he thinks I’m smart
He likes my nerve and he loves my heart
He’s always sayin’ he’s my biggest fan
My baby loves me just the way that I am

– From “My Baby Loves Me” by Martina McBride

Alex met me at a bad time. My grief was overwhelming and I didn’t know how to fake it in any way. I had tried dating and sex with other people but that hadn’t worked out well at all. We’d been friends through all of that, mostly talking via text, a few amazing emails. She had depth in a way that intimidated and scared me, in a way I was afraid she’d expect me to be as well.

And she did. But it wasn’t scary like I thought it would be. It was nice to be deep, to have conversations about my grief, to cry and laugh and think about everything and say nothing. 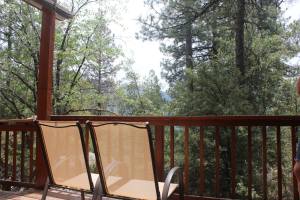 We sat in these chairs side by side all weekend.

We met for the first time in person while I was babysitting my nieces. I had just made a vow of celibacy and swore to break it the minute I saw her sunflower eyes, eyes that I now know change color and shape depending on her moods. She was great with the kids, we all laughed nonstop and as soon as she left I missed her.

She felt comfortable, like an old friend I hadn’t seen in years, someone I was catching up with, not getting to know.  We’ve had some ups and downs, mostly centered around how to make a long-distance relationship work with both of our busy schedules, but I don’t expect a relationship to be flawless.

Perfection assumes an immovability, a lack of anywhere to go.

And I want to go everywhere with Alex. 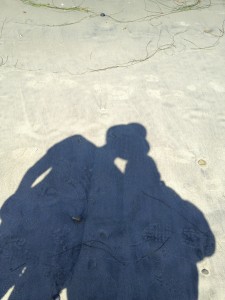 She’s almost a foot taller than I am. I mostly keep her around to get things down from the top shelf for me.

We are not perfect. I cannot say for sure that we will last. I will not promise forever because if there’s one thing I’ve learned this year, it’s that forever does not exist.

I no longer dream of the future potential of someone. I live and love for today now.

And today I am happily, officially, once again, in a relationship. 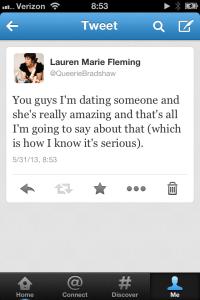 I even tweeted about it.

Lauren Marie Fleming is a writer, speaker and motivator known for her intimate, informative and often hilarious look at sex, relationships and body-image. Lauren runs the critically-acclaimed QueerieBradshaw.com blog, writes for major news sources including VICE, Nerve, Huffington Post and Curve, and is the author of her memoir Losing It: My Life as a Sex Blogger. In 2013, Lauren founded Frisky Feminist Press (FriskyFeminist.com) as a way to enhance conversations about sexuality through educational guides, online classes and entertaining publications. A law school graduate, Lauren has spoken all over the United States and is internationally recognized for her dynamic, engaging style. In everything she does, Lauren’s goal is to educate, remove stigmas and encourage people to achieve their desires.
View all posts by Queerie Bradshaw →
This entry was posted in Confessions, Essays, Featured, Headline, Personal, Queerie Bradshaw, Relationships and tagged Alex, dating, featured, feelings, gay, lesbian, love, manifestation, personal, personal story, queer, Queerie Bradshaw, relationships, romance, spirituality. Bookmark the permalink.

4 Responses to Manifesting People Into Your Life, a.k.a. I’m Trying the Relationship Thing Again