It’s been almost a year since DE and I broke up, a year full of horrible tragedy, grief and heartbreak. A year of change, upheaval and instability. A year in which I have not had sex.

Had not. A year in which I had not had sex. 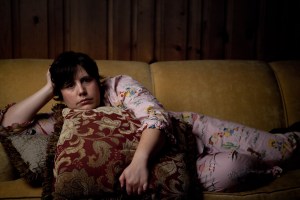 This was me all year. At least my pajamas are cute!

On December 26, I got a phone call from a woman I’d met online, asking me if I wanted to attend a local private queer BDSM play party with her. The event sounded right up my alley, so I said yes, under the condition that we meet for drinks first. It was hard to tell if she was hot or not from her pictures – they were all at odd angles and most were action shots – but her profile intrigued me and her voice was soothing and confident all at once, so I was excited to see what our drink date would bring.

If that’s not a solid start to a first date, I’m not sure what is. 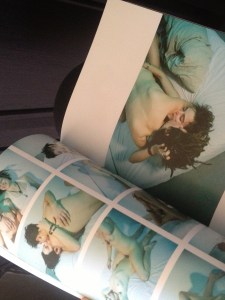 Weeks later, I still get excited flipping through the pages of this zine.

The next day we kissed, in her bed, after an evening of wine and cuddling by a fireplace. It was one of those romantic evenings you dreamt of as a kid after watching some cheesy 80s rom-com set in a cabin in Aspen, except with better lighting and more gay people. She had read my post on wanting to shoot, drink and fuck, and invited me over for all three. As an ex-cop, she has four metal shooting guns and two big arm guns. We never shot the metal guns, but I sure did have some fun with her strong, massive, rock hard upper body, and thus the nickname “Guns” was born.

OMG, I just realized that if Guns ever brought me roses, I would have Guns N Roses in my home and she could take me down to Paradise City. (image via Last.fm)

We spent that night in her bed ferociously making out, but kept it above the waste.

Then, a few dates later, we went below the waste.

And it was bad.

Or I should say I was bad. I was not ok, I was not ready, I was not in a position to have sex yet. I wanted to cry, to scream, to run. After I stopped us halfway through, Guns held me and reassured me that I was safe, that she was a safe.

“HOW CAN YOU BE SAFE YOU NEVER EVEN KNEW MY BROTHER.” I wanted to shout. But I didn’t. Instead I put on my clothes and took us both out for chicken wings and BBQ bacon cheeseburgers. 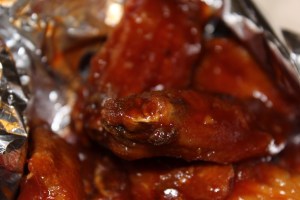 We talked about it all later. A lot. We talked in that way I need but never want, in that way that doesn’t let me run away and lets me allow someone to understand me, take care of me even. We’re still talking, navigating, figuring out how to work around someone who is a constant trap waiting to be triggered. Someone who has nightmares full of blood and heart attacks every time the phone rings, sure someone else has died.

Guns told me Cheryl Strayed has helped. She said she didn’t really understand how horribly lost, empty and abandoned I could be feeling until she read Tiny Beautiful Things. I’m glad that’s where she’s getting her advice, as I too have sought solace in Cheryl Strayed through my grief. Guns was gentler with me after that, reigning in her dominant top tendencies, asking me important questions and learning to gauge my emotional space.

Buy this book. It’s got some great advice in it.  (image via CherylStrayed.com)

But even with all of that, I’m still stuck wondering how to navigate sex after grief. How do I handle vulnerability when I’m so fractured, how do I give myself up when I have nothing to give?

I’m pretty sure there is a section in every bookstore full of authors asking this exact question, but I don’t want a book, I don’t want someone else’s answer. I want to find my own.

It would be easier if I didn’t like Guns. I could just shut down, shut off, shut out all of the feelings that gush out of me. But gush I do, intimate details I don’t tell lifelong friends, things I saw that day when my brother bled out, things I want no one else to see I still tell her. And she’s great about it, so I just open up more. I like her, I like spending time with her, so I’m more vulnerable and there’s more at stake than just someone I could discard.

Which all makes sex that much more intense.

Our second time was better. She was gentler and I lowered the expectations I had put on myself to be the sex kitten I used to be and instead just tried to be me. I cried and she held me and we played card games at the house of a local kink couple afterwards. 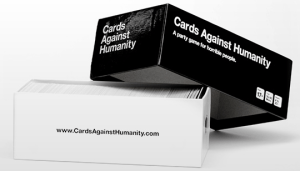 Have you played this game? It’s so hilarious and wrong all at once. It’s like an un-politically correct Apples to Apples.

That night, we tried again for a third time and that time I didn’t cry. I didn’t scream, I didn’t run away. It was nice to not feel so horribly sad right after feeling so wonderfully happy. It gave me hope that maybe one day I’ll get to simply enjoy sex again, instead of worrying about the tears that come after I do.

Guns and I are now seeing each other regularly and even though I’m having issues dating someone who never knew my brother, will never know his humor, his smile, his voice, I am enjoying getting to know someone new and letting someone get to know the new me.

Lauren Marie Fleming is a writer, speaker and motivator known for her intimate, informative and often hilarious look at sex, relationships and body-image. Lauren runs the critically-acclaimed QueerieBradshaw.com blog, writes for major news sources including VICE, Nerve, Huffington Post and Curve, and is the author of her memoir Losing It: My Life as a Sex Blogger. In 2013, Lauren founded Frisky Feminist Press (FriskyFeminist.com) as a way to enhance conversations about sexuality through educational guides, online classes and entertaining publications. A law school graduate, Lauren has spoken all over the United States and is internationally recognized for her dynamic, engaging style. In everything she does, Lauren’s goal is to educate, remove stigmas and encourage people to achieve their desires.
View all posts by Queerie Bradshaw →
This entry was posted in Confessions, Dating, Essays, Featured, Off Our Chests, Personal, Queerie Bradshaw, Relationships, Sex and tagged Andrew, cancer, crying, dating, death, fear, grief, relationship, Sex. Bookmark the permalink.

9 Responses to Navigating Sex After Grief