Whenever the topic of abortion comes up, I always visualize in my head a person arguing with a wall because I think whether if you’re for it or against it, it is a “lose” “lose” argument.

People have such strong opinions on the topic of abortion that it’s difficult for one to understand the other. It’s been my experience that people who are pro-life will never support pro-choice and people who are pro-choice will never support pro-life. There are times when I research the pro-life section of the argument and I find myself agreeing to everything it stands for. The same thing goes for when I research the pro-choice section of the argument and agree with everything that stands for.

Nobody ever wins. Everybody has his or her belief and judgment on the topic and I don’t think there will ever be a middle ground, just the hope to respect each other’s decisions. 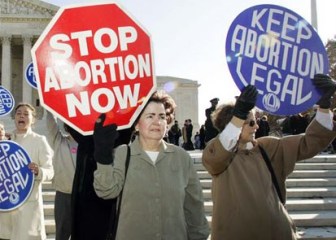 It is a difficult topic to discuss and I’m probably opening doors to backlash for what I’m about to write. However, just like everybody else, I have my own opinions and beliefs on abortion and can only hope to not be judged. Without getting too into the legal details of abortion, parental consent for pregnant minors and adoption being an option, I am solely stating why I choose to be pro-choice.

I grew up in a conservative Catholic family that I am truly blessed to have. I was baptized, had my first communion, confirmation and went to church every weekend. I grew up in this safety net of family and faith. I hardly had anything to worry about because I knew my family was always going to be there for me no matter what. I always felt safe and that feeling of safety allows me to never fear whatever decisions I made in my life.

Throughout high school I saw many young girls pregnant. Rumors were going around between mutual friends of who got who pregnant and how shameful it will be for that girl’s family. There was even a rumor of one girl who was forced by her parents to have an abortion because her parents disapproved of her pregnancy. During that time in high school, I had little knowledge on abortion. It was a taboo topic and the only way I knew about it was when a friend of mine showed me pictures of the procedure during a P.E. class. She thought she was pregnant and if she was, then she would have an abortion. I didn’t want to judge her. I just sat there on the bleachers with the papers in my hand thinking how hard it will be for her. Then I started to wonder, what if it was me?

Given the fact that I was as innocent as the Virgin Mary in high school because of my strict religious upbringing and always listening to my mother, I still wondered what would I have done if I got pregnant that young. Could I handle having an abortion?

I knew that I couldn’t have one. I knew because I had my family to help me. I knew they would be there for me and help me with this unexpected child I was about to bring into this world. But what about my friend? Her boyfriend wanted nothing to do with her, so they broke up. She’s an only child of a single mother who works full time making minimum wage and they didn’t have a close mother-daughter relationship. She didn’t have the kind of support I have with my family so who am I to tell her she shouldn’t have an abortion because I was certain her family would be there for her, like mine would be there for me. Fortunately, she wasn’t pregnant and was a lot more careful after that to make sure she didn’t have to have one.

It’s really easy for someone who is against abortion to yell “Murderer!” at someone who is walking into an abortion clinic. It’s easy for that person to judge and criticize the person who is in what probably feels like a hopeless position. It’s easy for that person because that person knows exactly what they would do if they were to unexpectedly get pregnant. Like me, that person probably has all the love in the world from their family, steady income and knows what to adjust in her life to fit this unexpected baby. But take all of that away. Take away the supportive boyfriend/husband, the steady income, the supportive family, the spacious house where there would be plenty of room for a baby. Maybe then there can be an understanding as to why women choose to have an abortion. 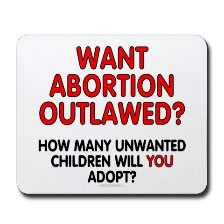 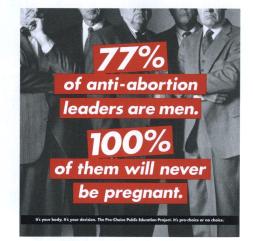 Although abortion has been legal in the United States since Roe v. Wade, the legality of it depends from state to state due to the premise of the Planned Parenthood of Southeastern Pennsylvania v. Casey case in 1992 which allowed “states to impose restrictions as long as they do not ‘unduly burden’ a woman’s right to choose. Under this new standard, the court approved state restrictions that it had previously found to violate the right to privacy and effectively invited states to impose barriers on women’s right to choose.” Roe v. Wade concluded that the right to privacy (extending to the right to an abortion) was protected under the 9th and 14th amendment. But all these restrictions being set from state to state make it almost impossible to have a legal abortion.

For example, if a woman wanted to have an abortion in South Dakota, she would be required to wait 72 hours and consult with a registered anti-choice pregnancy center. However, there are no anti-choice centers signed up to work with any clinics or health organization that perform abortions in South Dakota. Therefore, if the woman has an abortion without the required list of things to do, she would be arrested along with her doctor for not following them. It is for that reason that women leave the state to travel to North Dakota where 36% of their patients seeking abortions are from South Dakota.

Another example is that of a 17-year old woman living in rural Utah without electricity and running water who got pregnant by an older man. Because of Utah’s strict restrictions on abortion providers, there are only seven in the entire state.  The closest provider to the young woman was too far of a drive and couldn’t find a way to get there so she paid a man to beat her in the stomach. The attempt to abort was not successful and she was charged with criminal solicitation for murder. Fortunately, the charges were later dropped because abortion is still not legally considered murder.

It’s these desperate situations women find themselves in because of strict state restrictions on abortion. Something that is so personal should stay legal because of the right to privacy we all have is being compromised with moral opinion. These restrictions are labeling women as “criminals” for seeking an abortion if they do not follow state protocol. But how can a woman follow protocol when states make it nearly impossible to do so? 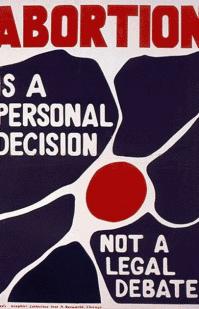 Texas is another state with tough restrictions on abortion. The state requires a woman to “endure an ultrasound probe inserted into her vagina. Then she listens to the audio thumping of the fetal heartbeat and watches the fetus on an ultrasound screen. She must listen to a doctor explain the body parts and internal organs of the fetus as they’re shown on the monitor. She signs a document saying that she understands all this, and it is placed in her medical files. Finally, she goes home and must wait 24 hours before returning to get the abortion.” Upon reading this, my immediate sarcastic thought was “Are butchers going to make us see a photo of a cow and identify its parts before we eat the damn burger?!”

Dr. Curtis Boyd, a Texas physician who performs abortions was quoted as saying, “It’s state-sanctioned abuse. It borders on a definition of rape. Many states describe rape as putting any object into an orifice against a person’s will. Well, that’s what this is. A woman is coerced to do this, just as I am coerced.”

With each bill passing making it more difficult for a woman to get a legal abortion, I can’t help but wonder if we’re going back to “back-alley” procedures, or infections caused by dirty tools used by unauthorized people performing them. Are we going back to wire-hangers and false accusations of rape in order to have an abortion? And what about self-induced abortions? How many women will result to that in an act of desperation? I feel these passing bills, like Texas and South Dakota, are in some way reversing Roe v. Wade. Making abortion illegal will not stop them from happening. If anything, it’ll only create thousands of “crimes” from the women who are having them to the doctors that are performing them.

As I stated above, it is a “lose” “lose” argument. Nobody wins. If only we could respect each other’s decisions about it and let each other be. But that’ll never happen. Even though I get annoyed at people who are constantly preaching they are against it and protestors protesting outside clinics heckling women walking in making it more difficult for them after making an even more difficult decision, I keep my peace. Even if all I want to do is tell them, “Well then you take care of their medical bills, you adopt their babies, you pay the difference of money they’ll lose having to take time off work, etc.” I sit back and listen to their argument. They have every right to their opinions as I have a right to mine. But sometimes, I just feel like yelling “If you don’t believe in abortion, then don’t fucking have one!”

This entry was posted in Featured, Feminism, Health, Off Our Chests, Opinions, Politics. Bookmark the permalink.

4 Responses to Pro-Life vs. Pro-Choice