Queens Watching Queens, a.k.a. My Nights Hanging with Bianca Del Rio in NYC

Bianca del Rio is a bitch, and I fucking love her for it. 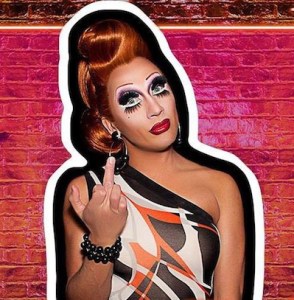 Years ago, while I was interning with Curve Magazine, I met this guy named Matt at a gay ski week in Tahoe. 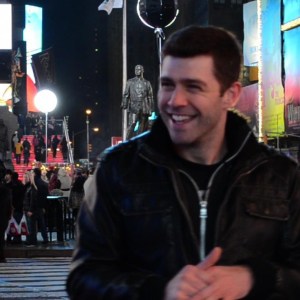 Matt has the best smile ever.

Matt worked as a cameraman for Logo TV and was there to record the super gay shit that went down that weekend. Even though I was there with The Wind (my ex), I still spent the weekend trying to befriend Matt to get to his super hot (possibly) lesbian friend.

The friend ended up being interested in everything but me, and Matt ended up becoming one of my best friends. 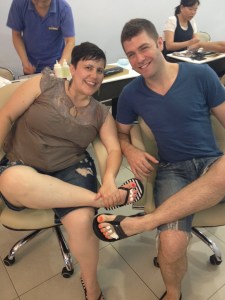 Matt and I getting pedicures in NYC, June 2009.

A year and a half after Tahoe, I made my first trip to NYC to visit Matt, and on that trip he took me to a bar where a friend of his named Bianca something-or-other was doing some kind of show.

“Whatever you do, don’t go on stage!” he warned as we walked in.
“But I like being on stage!” I said, always the attention whore.
“Not on Bianca’s stage you won’t!” he said, finding us seats.

When the show started, I got why Matt had forced my hand down when Bianca asked for volunteers. She was vicious, in quite an ingenious way. She tore people apart while smiling at them, making even her victims laugh uncontrollably and forgive her hilarious, yet about as far from politically correct as possible, jokes. 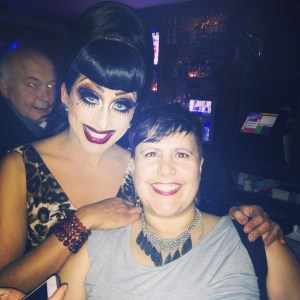 Every time I visited Matt in New York – which is luckily quite often – we’d head over to a Bianca show and dance then laugh then dance again, all the while taking shots of vodka that Bianca would just show up with and hand us. Bianca is as generous with her booze as she is with her insults.

I blame many a painful morning on that bitch. 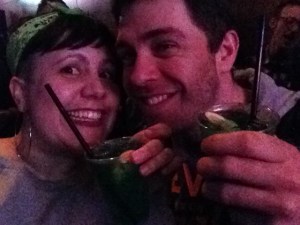 I’ve seen Bianca perform dozens of times, but I’ve only once gone on stage after some jealous blonde at a lesbian bar stole my wallet. Bianca dragged me up there and insisted the crowd prove to me that fags in New York are nicer than dykes and buy me drinks all night.

Then she made some random guy and I have a dance off and she let me win. Then I made out with two sisters and Bianca and Matt saved me from being thrashed in a fight between the two of them.

It was so great, there’s a whole chapter in my memoir dedicated to that night. 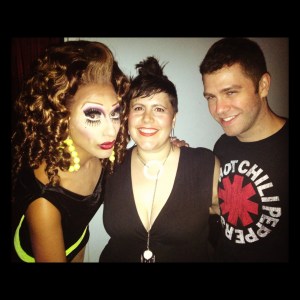 My love for Matt and Bianca swelled even more when I read the at once hilarious and touching screenplay to Hurricane Bianca, a film they’re fundraising to make.

The movie – a comedy about a New York teacher who moves to small Texas town, is fired for being gay, and returns disguised as a mean lady to get revenge on the nasty town – is going to be amazing, and you all should go sponsor it so you can get a personalized moment of hate from Bianca like I did.

Need more convincing? Check out this post I wrote on why you should support queer film, and specifically this film. Wondering why you, as a lesbian, should support a gay male film? Well, Bianca has the answers for you here:

She drove a UHaul across country. What more can you ask for? 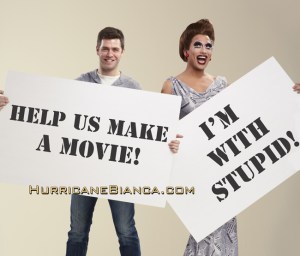 If you can’t make it to see Bianca in person in NYC or on tour, you can fall in love with  her on Season 6 of Drag Race, airing now on Logo.

But, if you’re lucky enough to be in the NYC area, I highly suggest getting your ass off the couch and heading down to The Ritz where she hosts a viewing of Drag Race followed by a show every Monday night. 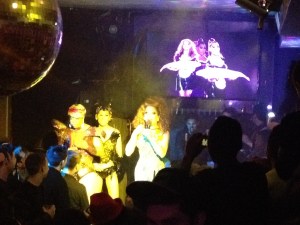 On St. Patrick’s Day 2014 she had Gia Gunn and Vivacious as guests.

Whatever you do, don’t go on stage.

Lauren Marie Fleming is a writer, speaker and motivator known for her intimate, informative and often hilarious look at sex, relationships and body-image. Lauren runs the critically-acclaimed QueerieBradshaw.com blog, writes for major news sources including VICE, Nerve, Huffington Post and Curve, and is the author of her memoir Losing It: My Life as a Sex Blogger. In 2013, Lauren founded Frisky Feminist Press (FriskyFeminist.com) as a way to enhance conversations about sexuality through educational guides, online classes and entertaining publications. A law school graduate, Lauren has spoken all over the United States and is internationally recognized for her dynamic, engaging style. In everything she does, Lauren’s goal is to educate, remove stigmas and encourage people to achieve their desires.
View all posts by Queerie Bradshaw →
This entry was posted in Drinks, Featured, Film, People, Sinful Misadventures, Stuff We Love, Travel and tagged Bianca del Rio, drag queens, Hurricane Bianca, Matt Kugelman, Ru Paul Drag Race. Bookmark the permalink.

One Response to Queens Watching Queens, a.k.a. My Nights Hanging with Bianca Del Rio in NYC