It’s my favorite season of the year. Late sunsets, long days and summer nights at the beach full of hopeful romantic possibilities. Every time I go to the beach at night during the summer, I’m reminded of my unforgettable summer fling of 2008. It was my very first summer fling and I’ll never forget the feeling it gave me knowing what was about to start also had to come to an end.

I was living by the beach with a friend that June summer when our apartment complex was being remodeled. A group of young men were going from apartment to apartment upgrading the kitchens and bathrooms. We had received a notice on our door one night from management explaining to my roommate and me that the remodeling in our apartment would begin at 6am the next morning. Little did I know what big of a mess it was going to be. I woke up at 7am to get ready for work but there was no restroom for me to get ready in. No tub, no sink, no kitchen, everything had been taken out. I called my boss to let them know I wasn’t going to be going in to work. I hung out in my bedroom for most of the morning avoiding the banging and clanging of the remodeling.

I finally came out of my bedroom about 10am and saw three young men on their first morning break sitting outside our apartment. I introduced myself and offered them something to drink. One in particular was very cute and sweet. His name was John. He had a southern accent and always had a smile on his face. Throughout the day I kept stepping out of my bedroom to see the progress of the apartment. Actually, I kept stepping out to see John. I started to feel like a little jr. high kid looking for her crush. It was his smile that captivated me.

The next day while the young men were on their lunch break, I sat outside next to John trying to have a casual conversation. I had butterflies in my tummy and was so afraid one would actually fly out of my mouth. I had learned that he was six years older than me, single, and fromTennessee. Did I just hear single? Yes, single! My smile went from ear to ear. We had made plans to get together later on that night. I was going to have friends over and the young men were going to join us. That night, after a couple of drinking games with a deck of cards at our place, we walked over to the empty apartment the young men were staying at to have more drinks. The apartment was completely empty (they were only there for a summer job, after all) and we were beginning to sit on the floor of the living room forming a circle. Sitting down, John looks up and slaps the space next to him and says, “Sit right here, baby doll.” I giggled in response and took my seat next to him. Baby doll. That’s what he called me. He always called me baby doll and I loved it. 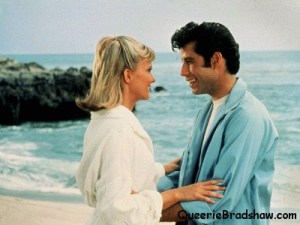 My very own summer nights – via: http://luckyinlovenz.wordpress.com/2011/12/14/summer-nights-grease/

By the end of the night we were all drunk from the stupid card game we completely sucked at playing. I don’t remember much, except I know one of the young men gave me a lap dance (an event I didn’t know existed until someone showed me the video) and I woke up the next day at my place wearing Johns earring. I couldn’t figure out why I had it on. As I walked to the mail box to get our mail that next morning, I hear John’s voice, “Good morning, baby doll.” I turn around and see him standing on his patio with a big smile on his face wearing my earring. “Are you aware you’re wearing my earring and I’m wearing yours?” I asked. “What?” He chuckled. “It must have been a good night.”

I knew we didn’t sleep together that night, but I knew he kissed me. I remember feeling his hands on the sides of my face and his lips pressing on mine. I wanted more from him. But I wasn’t sure how to approach it. The next couple weeks while they were still working on remodeling the apartment complex, we spent together hanging out at night drinking and having a good time. I took John to the beach one night and we sat on the sand shoulder to shoulder. He began to tell me how much of a good time he was having and so glad he met my friends and me. He leaned in to kiss me and I no longer could hear the sound of the waves. All I heard was my heart beat. I wanted to do more, but at the time I was too shy. I wanted him to make the first move, to take me to his room, to undress me. I knew him and the other young men were going to leave in a couple of weeks as they were almost finished with the remodeling of the apartments. I had two weeks to figure out how I could spend a night with him before he left to Tennessee.

The next day while I was at work on a Friday, I got a text from John telling me he had been fired because of a disagreement he had with his boss and was going to fly back toTennessee on Sunday. Once someone is fired from their job at a different location from home, they immediately get sent back. I was crushed. I knew he would eventually leave but not this soon. That night while we were all together drinking at their empty apartment, I asked John to follow me. I lead us to my apartment, no one was home, and lead him to my bedroom. I told him I wanted him to spend the night. And he did. He was gentle and calm while I was frigid and nervous. But it didn’t take me long to relax and let him touch me, hold me, and completely undress me. It was worth the wait. 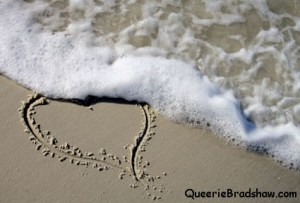 We spent all day together the next day. I had one more day and one more night with him and I didn’t want to lose a single second. We both knew this was all we had left and knew nothing more could come of it as soon as he stepped on that plane. There was no talk of “I’ll come back to visit you” or “Let’s try long-distance.” It was what it was and that’s the best way to explain it. There were no tears, no sadness, and no “let’s keep in touch.” Our time together had an expiration date and we both understood it completely.

I still hear from him from time to time but not too often. We don’t plan on seeing each other and probably never will. As great of a time we had, it’s there to stay and I can always look back and smile at the very thought of it all. Besides, it wouldn’t be called a summer fling if hadn’t come to an end. And oh what a sweet end that was.