Relationships: The Complicated Split That Comes from an Unwillingness to Sacrifice

My partner is in China, I am here and, well, that just wasn’t working for me anymore.

We split in that complicated “you work on you, I’ll work on me, we’ll see if we work when you come back” kind of way that leaves my heart nebulous and wondering if I should give up and move on or keep a bit of me still tethered to the hope of us. 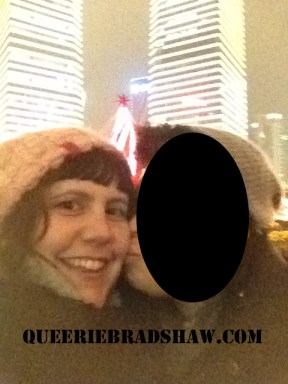 I’ve done the tethered to the hope of us before. It wasn’t a pretty sight. But I don’t want my failed hope of the past to ruin my hope for the future; which leaves me stuck again with what to do.

What to do? That damn question is always nagging in my mind but in situations like this it is an insistent, booming, loud voice that constantly reminds me how much is at stake if I make the wrong choice.

The problem with me and relationships is I don’t see the middle ground. Many of the women in my life have given up their careers and themselves to their relationships, losing their independence and gaining only a demanding family in return. Sure, some women I know have careers and extremely grateful families, but I know very few women who have not given up their personal dreams in exchange for the dreams of their loved ones. (In contrast, I know very few men who have given up their dreams and careers for their families.)

My mother gave up college and a career to move back to her home town and start a family with her childhood sweetheart, while my father, a farmer who was tethered to the land, got to keep his career. While I now recognize the sacrifices she made for our family, for years I just accepted her caretaker-of-all role as a given, as something that mothers just do.

My mother gave up a bit of herself every time she drove me to play practice, took me on a 4-H trip or went to a midday school assembly. Sure, she gained something herself from these adventures, but as a mother and wife, she always seemed forced to go along on our adventures, rarely able to have time to go on adventures of her own. 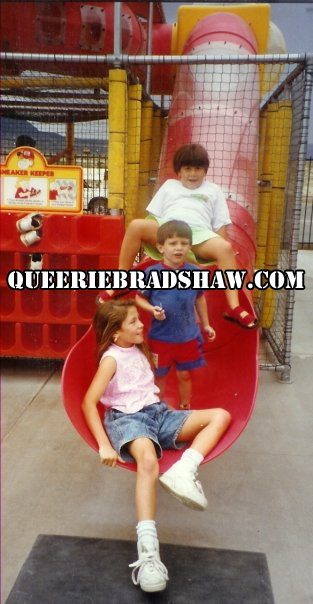 My mother never seemed to be in any photos, just taking them.

As my generation starts to get married and have kids, I see them making these same sacrifices as wives and mothers. My sister, who used to work for the top interior designer in the country, has moved three times for her husband’s career and now stays at home with her kids. My close cousin moved back home to marry and have kids as well and is now divorced with hardly any free time at all. 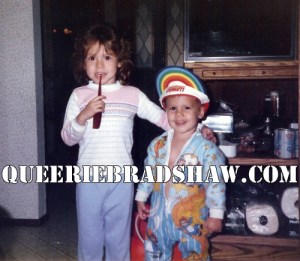 My sister and I as kids.

Do not get me wrong, I do not think less of people who sacrifice for their families, if anything I admire their ability to be unselfish – I’m far too egotistical to forfeit my needs and desires for others in this way. My sister is an amazing wife and mother and my cousin loves her children and the time she spends with them. They gave up so much but gained even more in return.

I mention my family members not to demean them and their choices but to show that when I look at relationships, especially the role the women that are close to me have played in their relationships, I see sacrifice and giving up. I see a loss of self.

And I don’t want to lose myself for a relationship.

I should actually rephrase that to say: I don’t want to lose myself again for a relationship. Because I have lost myself before. I’ve given up and sacrificed and waited and put things aside, only to get nothing in return. In fact, I gave up so much in the years I pursued my ex (The Wind) that I have become covetous with the bits of self I was able to recover.

So, when it became apparent that my options were either stay in a long-distance relationship and wait to see what D.E. decides to do post-China or split and go off on my own, I chose the split. I chose movement over waiting, career over love, action over inaction.

I chose to be selfish.

Whether that decision was the right one or not, only time will tell. But I know I was starting to lose myself again and I know no matter what, that’s something I refuse to do.

Lauren Marie Fleming is a writer, speaker and motivator known for her intimate, informative and often hilarious look at sex, relationships and body-image. Lauren runs the critically-acclaimed QueerieBradshaw.com blog, writes for major news sources including VICE, Nerve, Huffington Post and Curve, and is the author of her memoir Losing It: My Life as a Sex Blogger. In 2013, Lauren founded Frisky Feminist Press (FriskyFeminist.com) as a way to enhance conversations about sexuality through educational guides, online classes and entertaining publications. A law school graduate, Lauren has spoken all over the United States and is internationally recognized for her dynamic, engaging style. In everything she does, Lauren’s goal is to educate, remove stigmas and encourage people to achieve their desires.
View all posts by Queerie Bradshaw →
This entry was posted in Featured, Headline, Queerie Bradshaw, Rants, Relationships and tagged break-up, motherhood, relationships, sacrifice. Bookmark the permalink.

14 Responses to Relationships: The Complicated Split That Comes from an Unwillingness to Sacrifice