Sex: Mother Knows Best, aka Sex Tips from my Mom 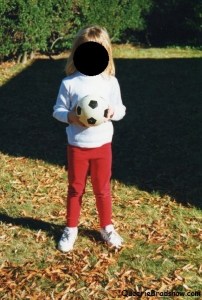 Oh, the innocence of childhood.

I’m less neurotic about sex than I used to be, partially because it’d be impossible to be more neurotic than I used to be but mostly because I started actually doing the damn thing and realized it’s not as a) difficult, b) emotionally strenuous, or c) life-changing as it’s cracked up to be. Of course, my mother’s known that all along. I won’t go into the nitty gritty of the little tips and tricks she taught me, but here are some of my mother’s greatest hits: big moments where she was right, I was wrong, and it only took me a few years and a lot of sex to figure that out.

“You won’t be bad at sex.” I think everyone must worry about this to a certain extent, but I wasted hours lying awake in the dark, terrified by the thought of rejection because I was “bad” at sex. When I told this to my sexually experienced ex-boyfriend years later, he looked at me like I was crazy and said, “Did you seriously think I would break up with you if you weren’t amazing in bed?” Well…yes. Yes, I did. And I cried to my sympathetic but tough-love mother constantly. Her only response: “you won’t be bad at sex. Now stop worrying about it.” I’m proud to say years later that I got over that hang-up and, happily, I am not “bad at sex.” Because here’s the thing…

“Sex isn’t difficult.” As long as you’re enthusiastically participating, paying attention to your partner’s desires and reactions, and communicating your own, it’s almost impossible to have truly awful sex (unless your partner is refusing to do any of the above). I’m not saying I jumped into the sexy saddle on the first time and rocked my partner’s world with some innate set of sex tricks—I’m saying that sex is a pretty instinctual activity. Once you jump on the sex horse, it’s not that hard to figure out how to ride it. And the nice thing is… 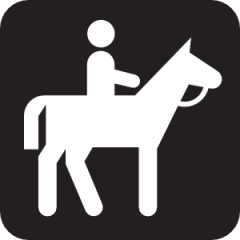 The sex horse. Apparently. (via Clker)

“A good partner won’t care if you’re a virgin or if you’ve slept with 100 people.” After weeks of agonizing about how to tell my soon-to-be fuck buddy that I was a virgin, I ended up whispering to him “um, uh, I’ve never done this before…” as I handed him a condom. Naked. In my bed. I held my breath, worried that he would back out knowing that I’d never “done it” before. Well, my little announcement wasn’t about to stop us from doing the dirty at that point. He was wonderful about it, checking in throughout and then talking about it afterwards. It’s true, a good partner won’t care about your sexual history (beyond your health status, of course)—they’ll care about your sexual future with them.

“Everything will happen at its own pace—don’t rush into anything just for the sake of doing it.” Given my paralyzing self-consciousness about my lack of experience entering college, this was the most important and influential lesson my mother ever taught me about sex. Jumping into experience simply for the sake of experience can be great, but it’s probably not a good idea to jump into it before you’re completely and totally ready. Yes, I didn’t lose my virginity until I was 19 (which some people think is late), but when I started having sex, I was so ready for it that I’ve yet to have a bad experience with anyone I’ve slept with. I know I’m extremely lucky to have that experience of sex, but it’s mostly because of my mom—I learned to be patient with myself and with my partners.

Needless to say, I love my mother. She is one hell of a woman.

To learn all about me, see this post I wrote as an introduction to being a new contributor for QueerieBradshaw.com: http://www.queeriebradshaw.com/introducing-alanna-lafemme-our-latest-contributor-addition/
View all posts by AlannaLaFemme →
This entry was posted in Essays, Featured, Off Our Chests, Sex and tagged Family, mother, personal story, Sex, sex advice. Bookmark the permalink.

3 Responses to Sex: Mother Knows Best, aka Sex Tips from my Mom