Sex: Sand in Places, aka Questions for the Publicly Inclined

[Editor’s note: This is part of our series on public sex/ nudity/ exhibitionism. If you’d like to share your story, email info[at]queeriebradshaw.com.]

To be perfectly honest, I’ve mostly had sex in pretty conventional locations. Some friends have stories of classroom frolics, steamy liaisons on the beach and covert sessions on the grass or up against trees at public parks … but not me. The weirdest place I’ve ever had sex was under my roommate’s bed, and that was an accident. Trust me. 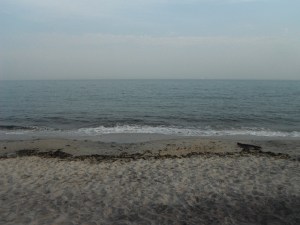 That isn’t to say I’ve never been hard-pressed to find a place to bang—I have. In the absence of a convenient bed (or just for the sake of variety), I’ve fucked on couches, tables and floors galore, including in a lounge that had couches stacked as stadium seating from the floor to the ceiling. As unsexy as it sounds, I had one of the hottest quickies of my life riding a guy who was sitting on the closed lid of a toilet in the bathroom of a friend-of-a-friend’s apartment. There’s the old standby of shower sex (which I think is way overrated, but that’s a story for another day). And I do have the classic gay club story of mutually clumsy drunken fingering with a one-night-stand.

But I’ve never gone beyond that in terms of public sex. The idea of exhibitionism is a turn-on but I’m just not drawn to it enough to take some of the risks associated with public sex—especially the kinds my friends have been having. Those kinds just leave me with lots of questions.

For example. WHAT is the appeal of sex on the beach? Sure, it’s a delicious cocktail, but the appeal of the act is absolutely beyond my comprehension. Besides getting to listen to the waves crashing on the beach (which you could do from the balcony of a hotel, c’mon), what do you gain by banging on the sand? Oh right, SAND. IN PLACES. I’m not what you’d consider a stickler about cleanliness and germs, but the thought of getting ocean bacteria, jellyfish stings or just sand up in my vag is basically the least appealing thought ever.

And if you’re doing it outside during the day (whether in private or in a public park/on the beach), do you put sunscreen all over yourself before you go out? It’s the curse of my pale, pale skin that I have a burn time of approximately 15 minutes and will turn lobster red without at least SPF 45. For heaven’s sake, I have a peeling burn on my shoulder from just going swimming in the ocean with a bathing suit on. I can’t imagine have a painful burn on my more tender areas.

If you’re doing it in a classroom (or any building), how do you make sure you don’t get caught trespassing? I’m not attracted to the idea of sex that could get me arrested (although I suppose a lot of the sex I have, both kinky and otherwise, has been illegal at various times in history…and is still illegal in some places today), and the idea of a security guard walking in on me in the throes of pleasure is—though an interesting porno fantasy—completely unappealing in real time. Not only would I probably be incredibly embarrassed, I’d be putting myself at a legal risk for the sake of getting off. 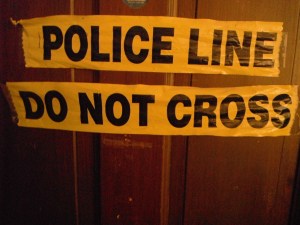 I stole this from a fallen tree site when I was 10. Yeah, I’m a badass.

Unlike beach sex, though, I find the idea of classroom sex insanely hot…and would love to hear any secrets or tips you all might have for me. Otherwise, I’ll stick to roleplaying the classroom in my bedroom and not risking arrest.

Do you hate public sex? Love it? Have questions about it? I’d love to hear any answers to my questions as well (I’ve been wondering for a while!).

To learn all about me, see this post I wrote as an introduction to being a new contributor for QueerieBradshaw.com: http://www.queeriebradshaw.com/introducing-alanna-lafemme-our-latest-contributor-addition/
View all posts by AlannaLaFemme →
This entry was posted in Confessions, Essays, Featured, Legal Issues/ The Law, Sex and tagged advice, exhibitionism, featured, legal issues, public nudity, public sex, questions, Sex, sex on the beach, trespassing. Bookmark the permalink.

One Response to Sex: Sand in Places, aka Questions for the Publicly Inclined