I’d never been much of a romantic to begin with, but having my heart broken by my high school boyfriend (also my first serious relationship) three days before my graduation seemingly sealed the deal on my tenuous romantic side. Since then, I’ve been somewhat reluctant to submerge myself in the easily drowning depths of romantic possibility. I wouldn’t call myself jaded, per se—instead, I’ll just say that I’m not the biggest fan of feelings. By which I mean I tend to run screaming in the opposite direction whenever I discover a) that someone has feelings for me, b) that I have feelings for someone, or c) that someone and I have mutual feelings for each other. 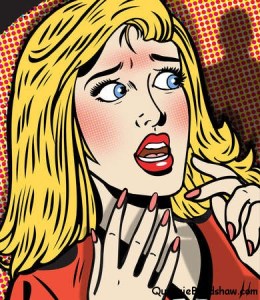 Oh no, FEELINGS! (via Chewy Chunks)

Up to last weekend and since I started having sex in September, I’d done the dirty deed with four people—two male-bodied and two female-bodied. Three of those four had been hookups that lasted for extensive periods of time ranging from one month to what will be six months in July (hell yeah, continuing hookups). One was a classic, meet-greet-bang one night stand. All of them were and are wonderful people, extremely attractive, communicative, and caring—but more importantly, their relationships with me were founded on a principle of fuck-buddy-ship that eliminated the possibility of romantic entanglement.

The result of my attachment to romantically unavailable friends with benefits: I’d never had sex with someone I cared about as more than just a friend. I’d never had sex with my high school boyfriend, and every time I thought about taking that step with someone to whom I was romantically drawn, I remembered what it felt like to have my heart broken, and convinced myself that heartbreak would be even worse if we’d been having sex. I was afraid.

Then came number five. Achingly unavailable to me but otherwise intoxicating, I’d been drawn to her for quite some time. Worse, I let myself develop real feelings because I was sure about the impossibility of “us.” She remains achingly unavailable in the aftermath—and I respect that—but she made clear for a single night that her persistent and committed relationship may have fuzzy boundaries of monogamy. I wasn’t about to miss that chance, even though I attempted to proceed with caution.

Unfortunately, I think that I was right to be afraid.

It’s not that the sex was out of the ordinary (though it was pretty great)—it was simple, standard, vanilla “lesbian” sex, in her dorm room, slightly hazy after a glass of bourbon or two. It’s that I never knew sex could feel like that. It was like Virginity 2: Return of the Feelings of Vulnerability, Inexperience, and Ecstatic Physical and Emotional Discovery. I don’t see that movie making a lot of money, but it’s quite a title (Hollywood, I’m offering the rights to the film…but at a price).

I can’t really describe the feeling, but my mother calls it the “I and thou moment”: a moment where you feel, even if the feeling is unreciprocated, that nothing really matters except you, and your partner, and the here and now. Making love is the wrong term for what we did, but so in my mind is fucking. The sex, for the first time in my life, didn’t feel like it was about the sex.

And now I’m afraid again—because all I want to do is get that feeling back. And that feeling, like this person, is achingly unavailable to me.

To learn all about me, see this post I wrote as an introduction to being a new contributor for QueerieBradshaw.com: http://www.queeriebradshaw.com/introducing-alanna-lafemme-our-latest-contributor-addition/
View all posts by AlannaLaFemme →
This entry was posted in Essays, Featured, Relationships, Sex and tagged feelings, open relationship, romance, Sex, virginity. Bookmark the permalink.

3 Responses to Sex: Virginity, the Sequel